For the Cambridge IGCSE, there are two kinds of climates that you have to know about and these are Deserts and Rainforests. Despite both being found very near to the equator, they have 2 very different climates and vegetation within. This is due to the difference in atmospheric pressure caused by the Hadley and Ferrel pressure cells. They create low pressure at the equator and high pressure at the tropics. Low pressure is when the air is rising. It brings clouds and rain and hence tropical rainforests develop. On the other hand, high pressure means the air is sinking and so clouds cannot form, meaning there is not much rain where there is high pressure, hence why deserts form. 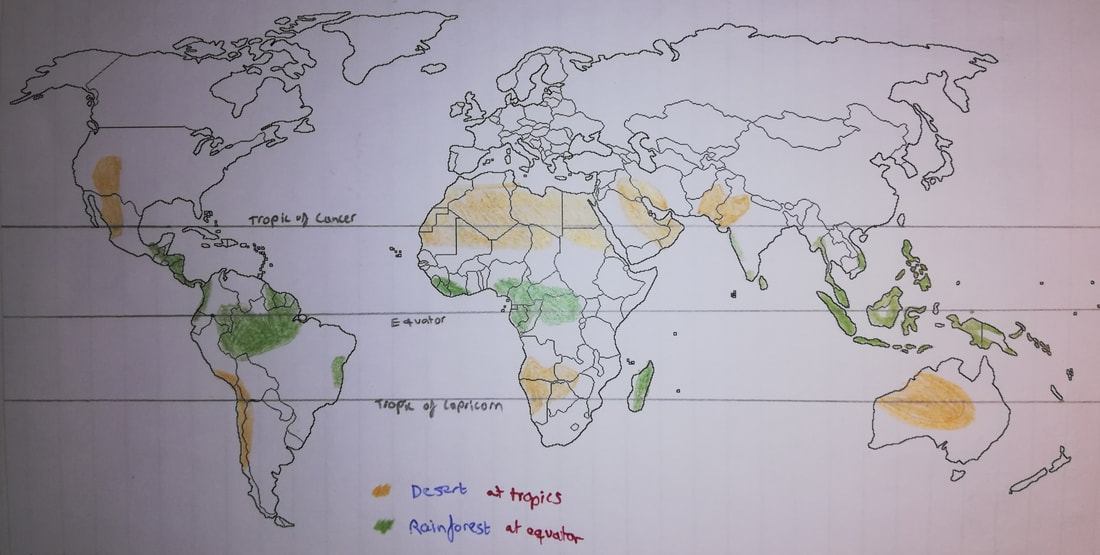 You need to know the characteristics, and adaptations of deserts and species that live within. In deserts, there are arid, dry conditions and a high diurnal temperature range as due to the lack of clouds, a lot of insolation reacher the ground, heating it up during the day, but at night, there are no clouds to absorb the heat and warm the ground and so most of the radiation leaves the earth and enters the atmosphere, and so there are very cold nights in deserts. However, in tropical rainforests there are warm, humid conditions and a low diurnal temperature change. This is because the constant layer of clouds means that any insolation that reaches the ground during th day is kept close to the ground and so heats the earth. Despite there being clouds during the day, rainforests are still hot as being at the equator, they are at the closest to the sun, and at an angle as such that the insolation is at its most dense and concentrated.

​Also, insolation directed near the equator needs to travel through a smaller width of atmosphere before it reacher the earth and so has a lower chance of being absorbed and reflected, yet near the poles, not only is the rediation much less concentrated, but the width of atmosphere that the insolation has to travel through to get to the ground is thicker and so there is a higher chance of it being absorbed and reflected. 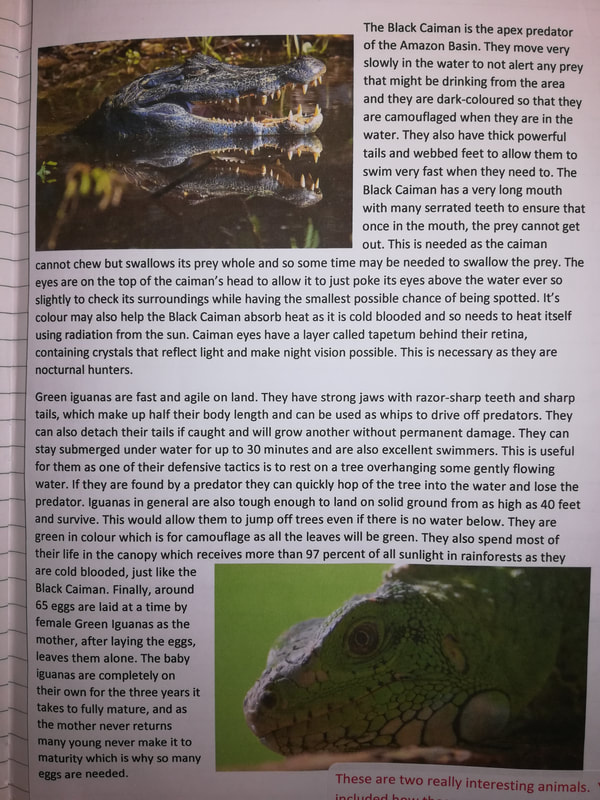