<
>
Metals - on the left and central sides of the periodic table - are the most common type of element on the periodic table and typically share properties such as high melting and boiling points, malleability, ductility and conductivity. 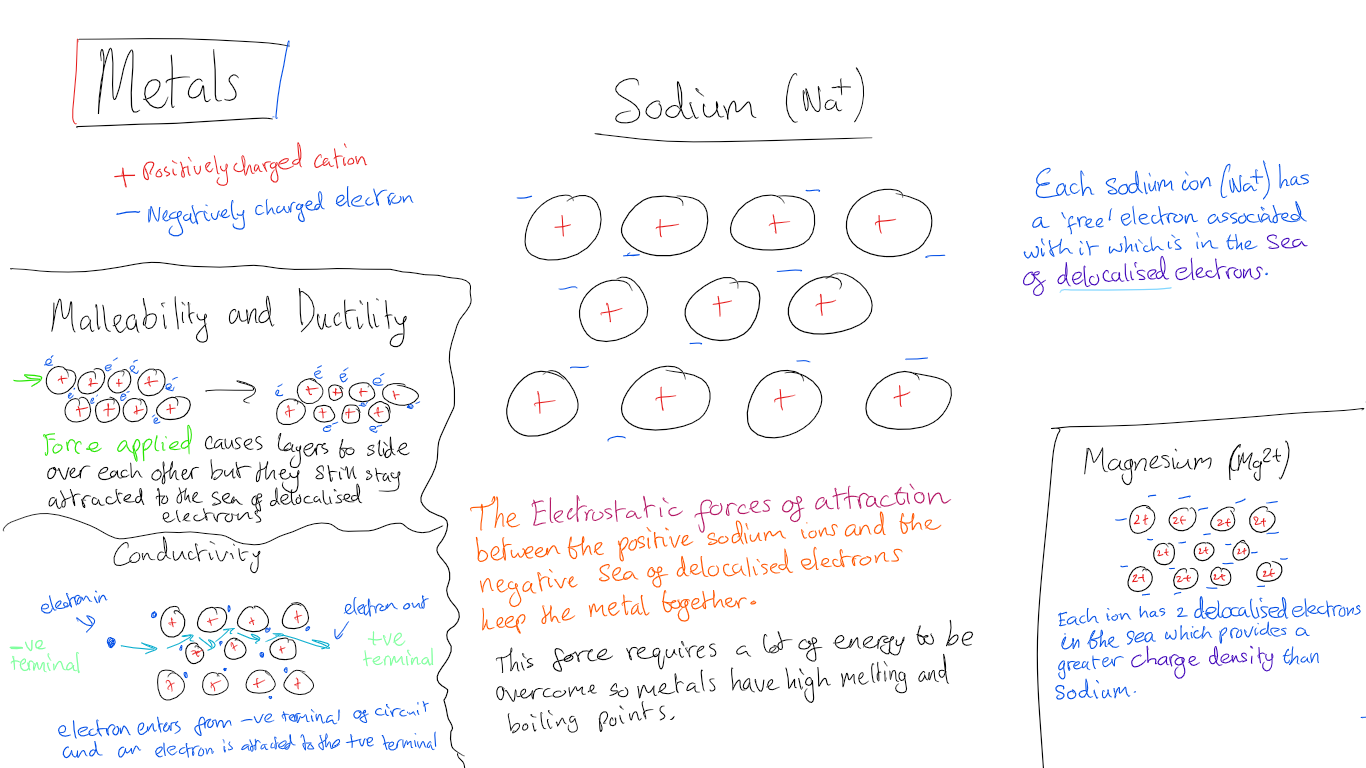 Metals are arranged in a regular 3D lattice of rows (layers) of positively charged metal ions (cations). A cation is a metal atom that has 'lost' 1 or more electrons in order to have a full outermost shell (resulting in their positive charge). In metallic bonds, the electrons become part of a sea of delocalised electrons.This sea of electrons is negatively charged and electrostatically attract the metal ions, forming the metallic structure.

Melting and Boiling Point
The electrostatic forces between cations and the sea of delocalised electrons require a lot of energy to be overcome which results in high melting and boiling points.
Metals which form cations with higher charges (eg. Magnesium vs Sodium) tend to have higher melting and boiling points. This is because they have higher charge densities - a magnesium ion loses 2 electrons while a sodium ion loses 1 - resulting in a higher ratio of electrons in the sea and so stronger electrostatic forces.

Malleability and Ductility
Malleability - The ability of a material to be bent into different shapes
Ductility - The ability to draw a material out into wire
Metals are malleable and ductile for the same reason: when a force is applied to a metal, its structure allows layers of metal ions to slide over each other while still being attracted to the sea of delocalised electrons ie. the metallic bonding stays the same.

Conductivity
Substances conduct electricity if they meet two conditions:In metals, the sea of delocalised electrons has the charged particles (electrons) which are also free to move enough that current flows. This means metals can conduct electricity.
Alloys
An alloy​ is a mixture of metals with smaller quantities of other elements (1 or more) which are typically other metals or carbon. 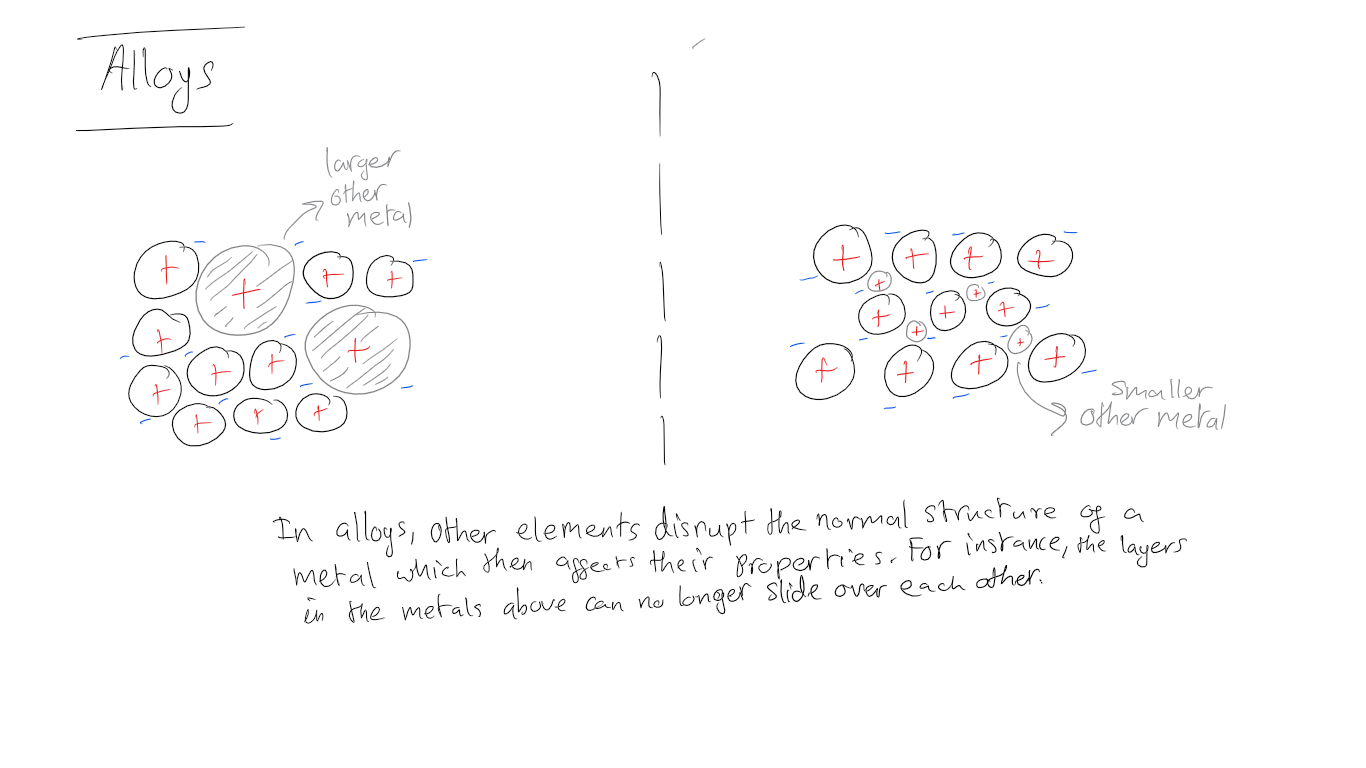 The oxygen ions are negatively charged anions and so are attracted to the negative anode while the  aluminium ions are positively charged cations which are attracted to the cathode. The oxygen forms gas at the anode and rises while the aluminium forms liquid and is collected. The half equations are below the diagram to indicate the chemical reactions at each electrode.
Alloys and their Uses
Some of the most common and most important alloys we use are as follows...
Corrosion
Corrosion​ is the damage done to a metal when it reacts in water and/or oxygen.
Rust - is specifically the corrosion of iron by both oxygen and water.
Corrosion can be prevented by using a protective layer/barrier or by sacrificial protection (galvanising):
​