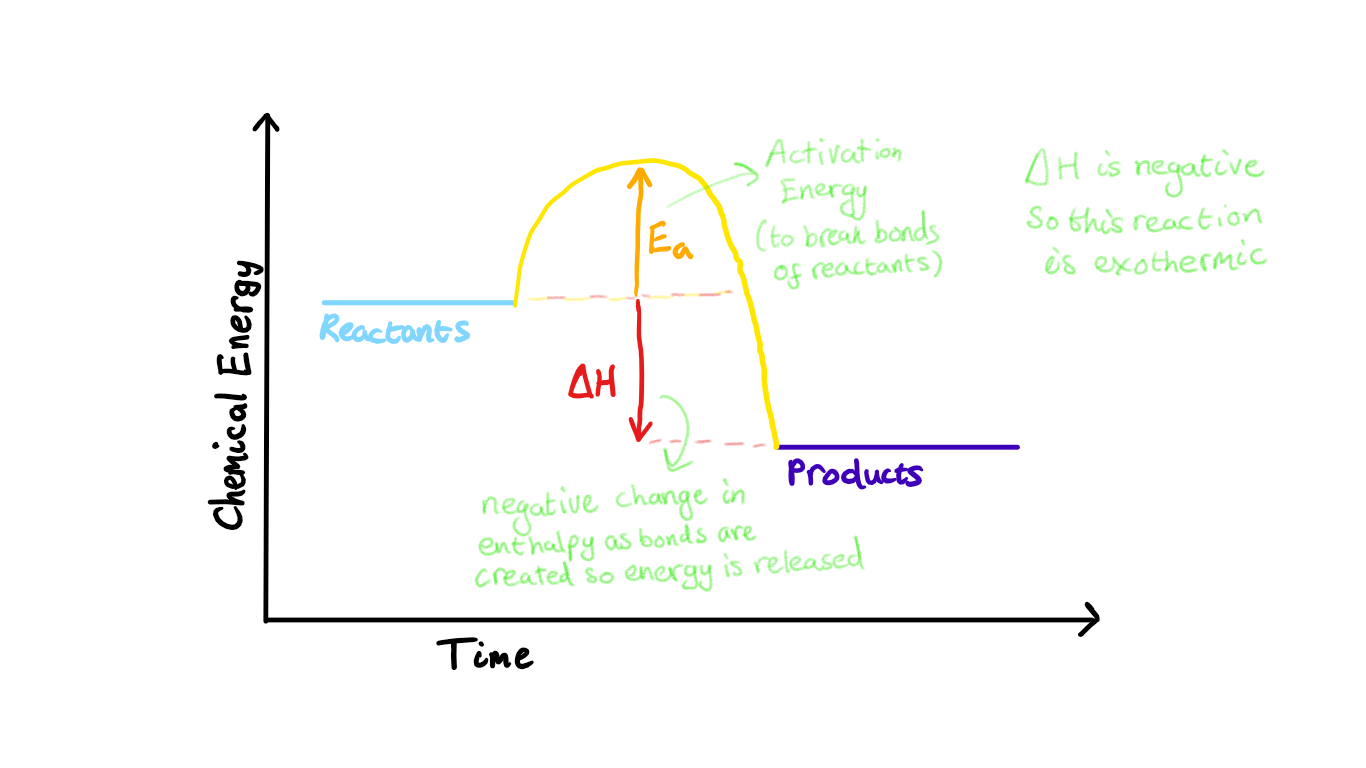 In endothermic reactions, the energy put into the system to break the bonds of the reactants (activation energy) is more than the energy released by the new bonds formed in the products - more energy is gained than lost. This means that in endothermic reactions, the reactants have less energy than the products. This means the enthalpy change is positive​. 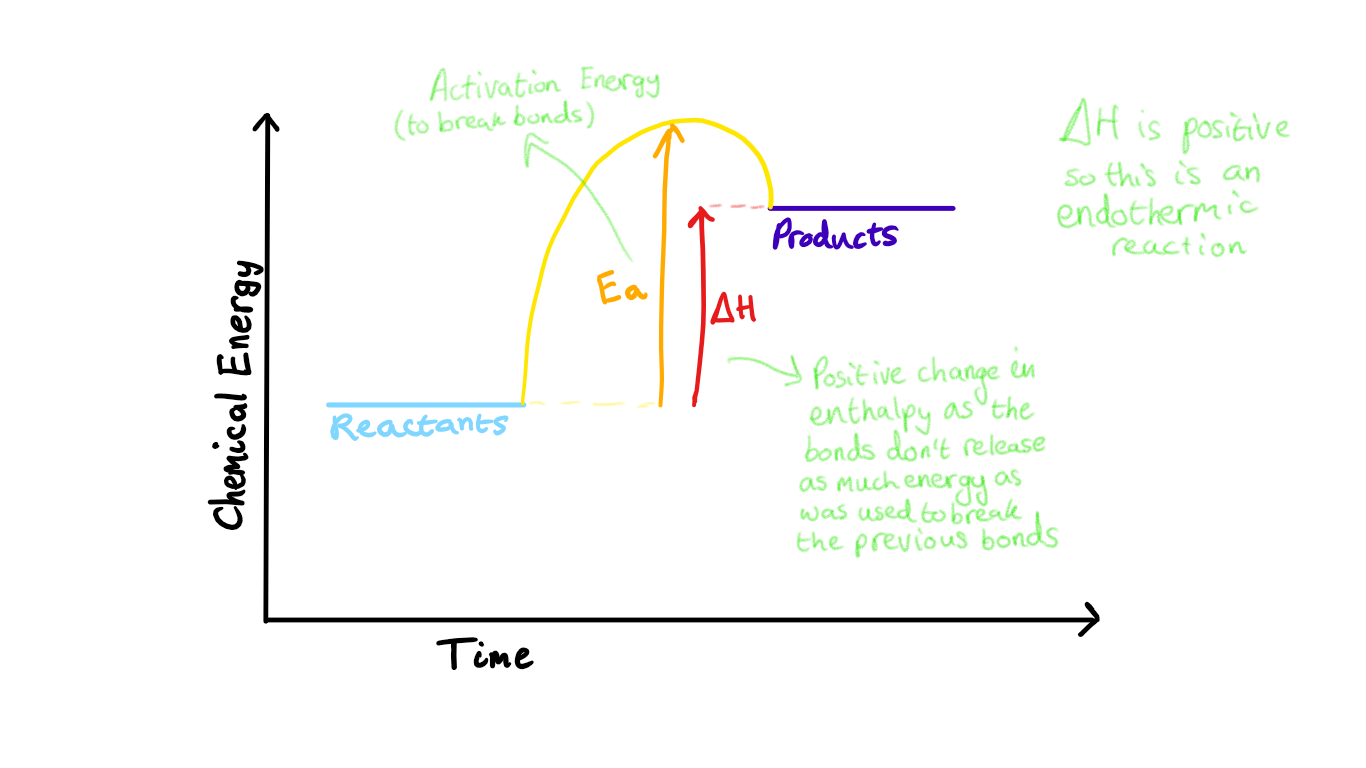 Investigating the Effect of Concentration on Rate of Reaction

Marble Chips and Hydrochloric Acid
This experiment investigates the effect of temperature on rate of reaction by measuring the product produced over time of a specific reaction. In this reaction, marble chips (calcium carbonate) are reacted with different concentrations of hydrochloric acid which produces carbon dioxide. The amount of carbon dioxide produced over time reflects on the rate of reaction. This reaction also produces calcium chloride and water but neither as a gas so they are more difficult to measure the production of. $$\ CaCO_3 (s) + 2HCl(aq) \rightarrow CO_2 (g) + CaCl_2 (aq) + H_2 O (l)$$ ​The values, when plotted on a graph, it should be curved and there should be 6 curves (one for each experiment). The higher the concentration, the steeper the curves should be. This shows as the the concentration increases, the rate of reaction increases. This is because there are more reactants to collide successfully with each other.
$$ rate =  \frac {volume Of CO_2}{time}$$

Investigating the Effect of Temperature on Rate of Reaction

'The Disappearing Cross' Experiment
This experiment investigates the effect temperature has on rate of reaction by measuring the reaction time of a specific reaction. In this reaction, a conical flask is placed on a tile with a cross marked on it. The reaction between sodium thiosulphate and hydrochloric acid produces water (l), sodium chloride(aq) and sulphur dioxide(g). It also produces solid sulphur which is insoluble in water and so a precipitate. This stops you from being able to see the cross underneath the flask and when you can no-longer see it, the reaction is done. $$\ Na_2 S_2 O_3 (aq) + 2HCl(aq) \rightarrow 2NaCl(aq) + H_2 O(l) + SO_2 (g) + S(s) $$ The values, when plotted on a graph should be curved. This shows as the the temperature increases, the time taken decreases and the rate of reaction increases. This is because the particles have more energy to move around and have successful collisions for reactions to happen.
Rate of reaction is: $$\frac {1}{time}$$

Catalysts are materials that increase the rate of a chemical reaction without using itself up. It provides another lower energy pathway for the particles to react in so this means less activation energy is needed for the reaction:

This graph showing an exothermic reaction demonstrates that you require less activation energy to get the reaction to occur which also means that more particles with lower energies can react with the catalyst. The Maxwell-Boltzmann distribution graph illustrates this idea of a lower activation energy making more particles be able to react very well and it means that there will be a higher rate of reaction because of the higher presence of reactants, leading to a higher chance of successful collisions. 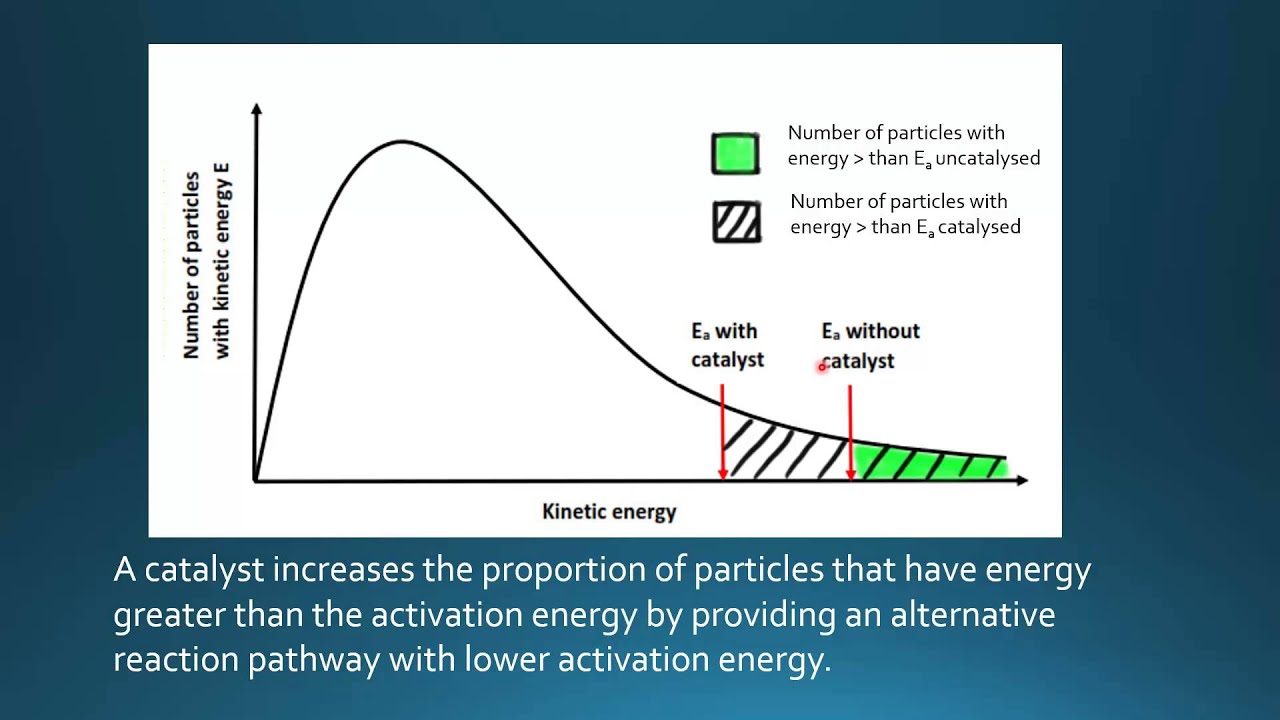 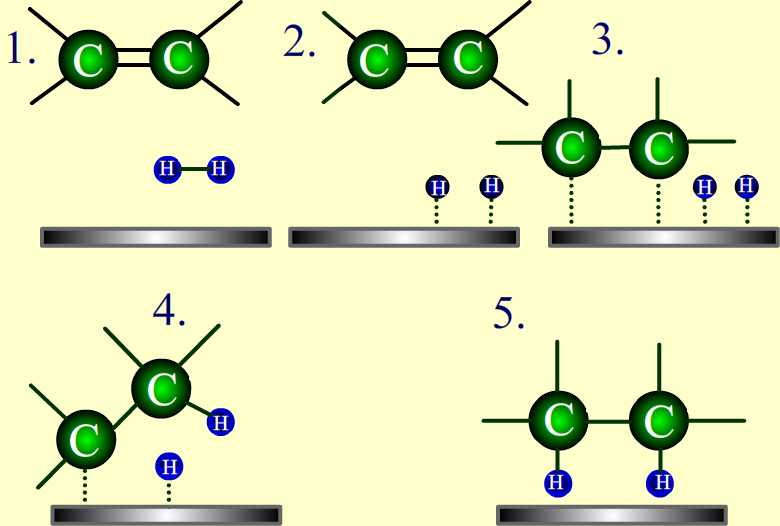 Special Mention to Abdul for persistent request of this page