<
>
Below is a diagram of the Rock Cycle. ​This is the process in which rocks are created. 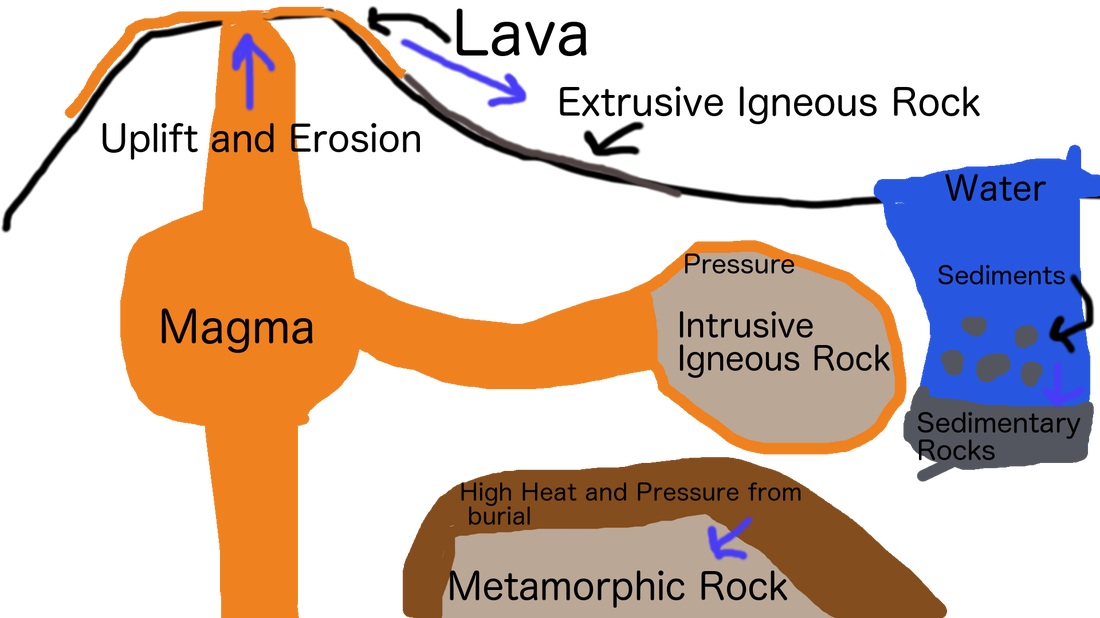 Igneous Rocks- Igneous Rocks can be created in two ways:  Metamorphic Rocks- These are formed when high heat and pressure from the burial acts on various other rocks around, causing metamorphic rocks to form.

Sedimentary Rocks- These are formed when sediments settle at the bottom of a lake or a river etc. as seen above.