<
>
The Spanish Armada was a large invasion set up by Philip II in 1588, set to invade England and conquer it as another country to be owned by the Spanish- the world's most powerful empire at this point.
Before the battle begun, Sir Francis Drake, an English sailor you may know for circumnavigating the globe, destroyed most of the ships of the Spanish by sneaking into their harbour in 1587. He also destroyed their seasoned wood, meaning when a new fleet had to be built, the barrels with vital supplies were made out of unseasoned wood and leaked the vital supplies that were being held.

The Spanish were unable to make any plans with the Netherlands' leader, the Duke of Parma and didn't manage to join forces. They Spanish then continued to make their way to England but got spotted very quickly, giving the English time to prepare. The Armada sailed in the crescent formation. This meant they all made the shape of a semicircle, making it harder for the English to attack. This had disadvantages and was eventually broken, giving the English an advantage and letting them win. 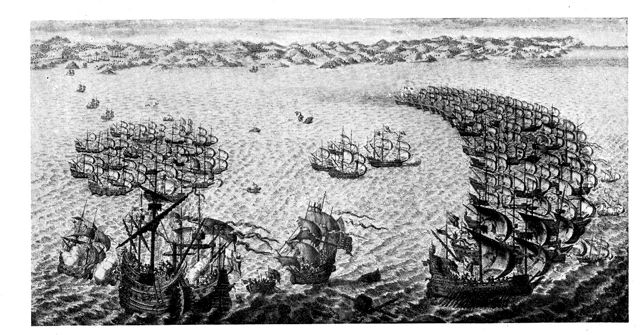 ​Can you spot any similarities between the Spanish Armada and the battle of Hastings?