The treaties that brought about the end of the first world war had a large affect on the begining of the second one. The treaties were written in the Paris Peace conference. To understand why each treaty was the way it was, the personalities of the three main powers who fought for the Entente.
Firstly Wildrow Wilson, the President of the United States, believed in self-determination for Europe. He believed that Germany shouldn't be made to suffer for the actions of a despot who didn't represent the will of the German people. However he had significantly less leverage over the conference because America had only joined the war in 1916 and troops only arrived in France in June 1917.

Secondly David Lloyd George, the Prime Minister of the UK, was the last Liberal Prime Minister, he would spend much of the 20s deconstructing the power of the undemocratic House of lords. As such he was sympathetic to the ideals of self-determination in Europe, however he believed that Germany should be crippled millitary. Although Britain had more leverage over the conference than America, Britain had fought no battles on their own soil and shared no land border with the enemy, unlike France.

Finaly Georges Clemenceau, the President of the Third French Republic, believed that Germany should be made unable to wage any form of protracted conflict against its neighbours. Clemenceau's first political position was as mayor of a section of Paris in 1870. A year into his position, the German army had defeated the French and marched on Paris. The Germans set up a siege of the city, starving out the inhabitants. In the chaos, the Paris Commune was declared, they marhced on the town hall and exiled him from his position. The city descended into anarchy as the fractured government faild to keep control. The anarchy was quickly ended, however, as the German high command ordered Paris to be shelled and for troops to occupy the city. Following the fall of Paris the French government would sign a peace treaty, however the Germans occupyed the North of France for months until the reparations were payed. During this time the German millitary administration looted and burnt from civillians. Seeing the Germans invade for a second time in 1914 made Clemenceau certain that only through the complete destruction of Germany could France be safe from yet another German invasion.

The main treaties were as follows:

The Treaty of Versailles was the Treaty which determined what a post-war germany would be like. The effects were as follows:

•The Saar protectorate was established in Western Germany. The Saarland produced the majority of the coal which fueled the Rhein, the most heavily industrialised region in Germany. Without a supply of Coal, German industry suffocated, leaving hundred of thousands employed.

•Any industrial companies which were involved in the war (which following the Hindenburg Program of 1916 was nearly all heavy industries) were forced to move overseas (at least ceremonally), this was done under the pretense of destroying German millitary capability, but it had the side effect of destroying the German monopoly on heavy manufacturing in Europe; leaving countries such as France (who had a new supply of coal from the Saarland) to fill the demands.

•Germany was forced to demilitarise the Rheinland, preventing any future German attacks into France.

• Germany and Austria were forbidden from unifying with each other, as the German republic of Austria had petitioned for annexation in the closing months of WW1.

•In 1919 Polish nationalists rose up in Danzig and Ponzan, declaring that they were now part of the second Polish republic, due to Germany's exahausted state following the end fo the great war, Germany was unable to succesfuly repel them. The Treaty of Versailles recognized these new borders, with exception of Danzig, which due to its shared cultural connection with both Germany and Poland became the 'Free city of Danzig; a city state under League of Nations administration. 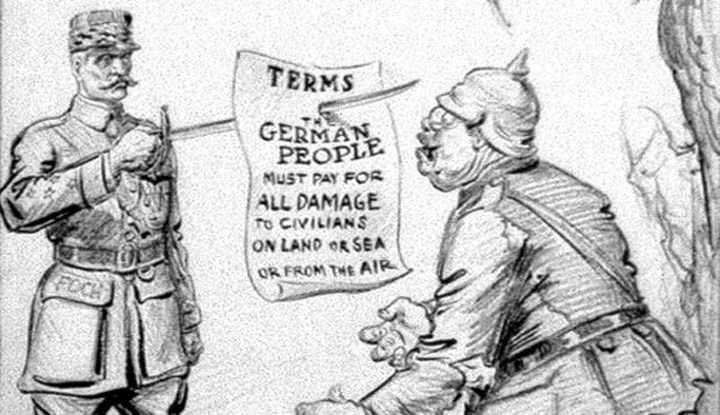 The Treaty of Trianon was the treaty that determined how post-war Hungary would be divided. Although Hungary had been officialy a country since the Austro-Hungarian compromise of 1867, however it was still in a personal union with Austria (meaning they both had the same rulers), this meant that although Hungary had some autononmy, it was still part of an Austrian led empire. Although Hungary gained full independence from the Union, the overall consequences of the treaty were very negative. The most important ones were.

•Conscription was banned and their standing army was reduced to 35,000

•Romania recieved Transylvania, as Romanians made up the ethnic majority. The new Czechoslovakian republic, as the name suggested gained Slovakia, however Carpathian Ruthenia and other areas of Hungarian majority were still handed over, to prevent Hungary from being too powerful. The Western Balkans were given to the new Yugoslavian Kingdom, leaving Hungary landlocked. Burgenland was also given to Austria

•In the aftermath of WW1, Hungary was declared a soviet republic, although this revolution was quickly countered, the Entente believed that turning Hungary into a republic could lead to the communists being elected. They also believed that since all those with a legitemate claim to the Hungarian throne were Hapsburgs (the royal family of the Austro-Hungarian empire), that by creating a kingdom with a 'regent' at its head instead of a King would prevent a reformation of Austro-Hungary. 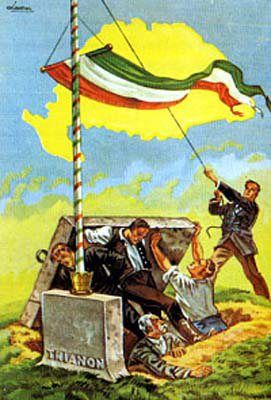 The Treaty of Sevres was the Treaty that controled what post-war Turkey would look like. A great deal of the terms were reversed in the Turkish war of independence in 1923, therefore these terms will not be included in the list below.
•The Ottoman empire was given self-determination meaning that states such as Arabia and Iraq broke free
•Several islands that had been occupied by Italy, called the Dodecanese, were officially recognized as part of the Italian colonial empire since Turkey was unable to reach these due to its lackluster navy, it was never reintergrated into Turkey.